Tanzania / Kenya Safari – Should I Travel During Rainy Season to Save Money?

Safaris are expensive and clients often ask if it makes sense to plan a Kenya / Tanzania safari during the long rains (low season) to save some monies. We are expert at extracting value but we draw the line when it impacts the safari experience in a negative way.

Safari camps and lodges don’t like to sit empty and during low season they will entice travelers with the benefits of low season travel:

Those are great points… if you are able to get where you are supposed to be and you actually see animals!

Wildlife viewing is, to a large degree, predicated by rainfall. Rain not only provides drinking water for animals but food as plants / grasses need water to grow (animals also get moisture from plants / grasses). During dry periods animals are often congregated around limited water supplies making for very easy viewing. During the rains animals are often scattered far and wide.

Some places in Africa get a LOT more rain than others.

Botswana, in southern Africa, averages 12 days of rain during their 5 month rainy season. Rain is so precious in Botswana they named their currency the Pula, or rain. With little rainfall wildlife viewing in Botswana is stellar year round. If the height of dry season is an A+ I would give the rainy season, late November through March a B+. That is pretty good considering low season prices in Botswana are often 50% lower than high season.

On the other hand Kenya and Tanzania get a LOT of rain… the short rains from mid October through December often don’t materialize however the long rains mid March through May can be heavy – so much so that many lodges and camps close during this time of year.

The more rain that falls, and the later into the rains you get, the taller the savannah grass gets… with the exception of giraffe and elephant it is very difficult to spot animals when the grass grows taller than a LandRover. There is a Masai saying that the “grass grows to the heavens”. Add to this most bushes and trees are lush and full during this time.

Getting around as a tourist is also less comfortable / more difficult during the rains… light aircraft transfer flights can be quite bumpy and are often cancelled. Airstrips flood out… roads become impassable. The fine volcanic soils of the Serengeti are like butter when wet. I remember my first visit to the area in March 1990… we stepped out of our LandRover and watched as the wheels slowly spun in 4 wheel drive low – the vehicle was stationary.

This headline from April 2018 says it all:

“Tanzania National Parks announced on April 17, 2018 that due to ongoing heavy rainfall, tourist attractions in Lake Manyara National Park are not accessible.”

In early March this same year I was at Cottar’s 1920s camp in Kenya’s Masai Mara. It rained heavily the night of March 13. This same night Mara Plains had their gorgeous camp extensively damaged by flood waters… so much so that their guests had to be reacomodated elsewhere. Fortunately being low season that was not hard to do.

A week later I was stranded 3 hours in the Mara Triangle as my plane could not depart to Nairobi due to heavy rains. When we finally departed we had to stop and pickup other travelers at the Serena Lodge… however we could not land as their airstrip was flooded. We therefore had to fly just below the low clouds, swerving to avoid downpours a few hundred feet over the Mara, to another strip where we landed and waited 2 more hours in the chilling midday rains… late afternoon we attempted to land at the Serena strip and just made it with a bit of slipply and sliding… with muddy shoes we finally took off 6 hours late to Nairobi. My whole trip almost fell apart as a I had a connection to the Laikipia plateau.

A month later things had not improved. SafariLink, who handle many of the air transfers for our clients in Kenya noted: “Due to the ongoing rains, Safarilink regrets to notify you that some of the airstrips they service in the Masai Mara are becoming operationally unserviceable. Therefore, with immediate effect, they are suspending their service into Kichwa Tembo Airstrip until further notice.”

Here are a few photos from chilly, wet days on safari… the 3rd photo is not of a river – it is a ROAD! 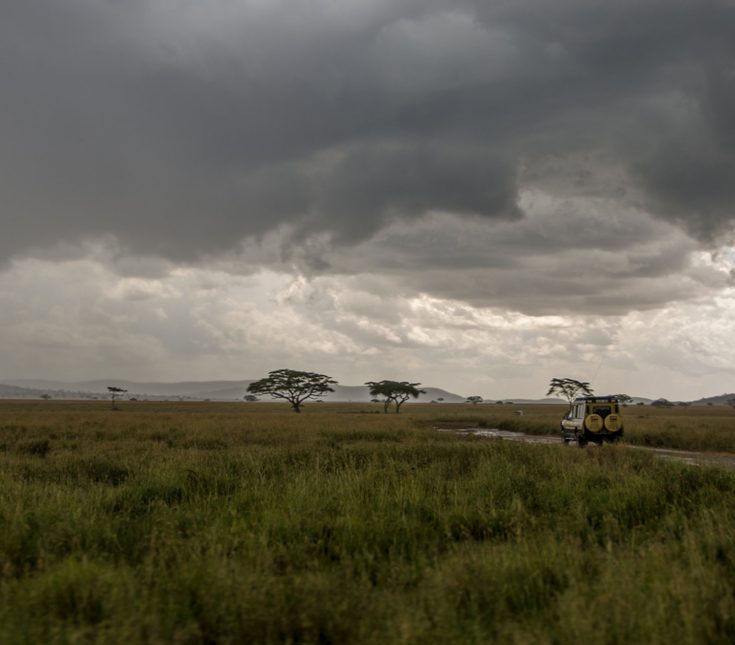 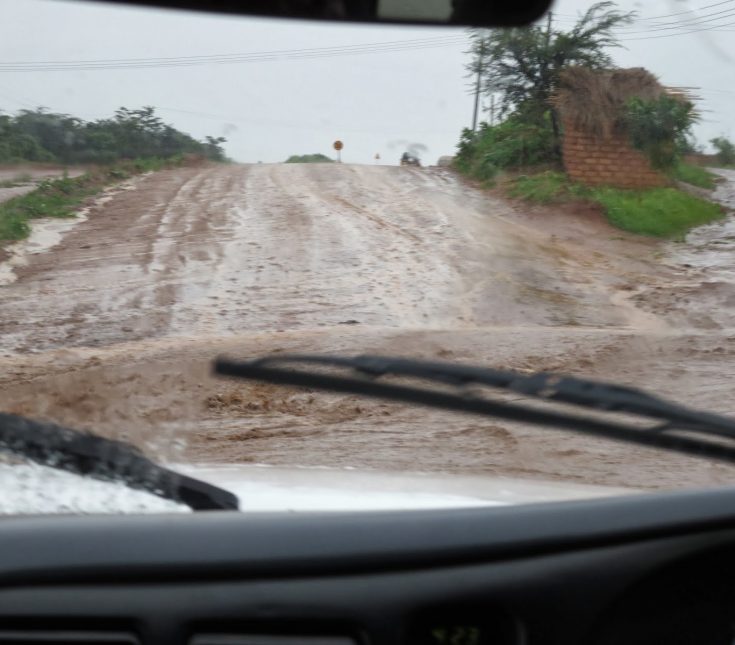 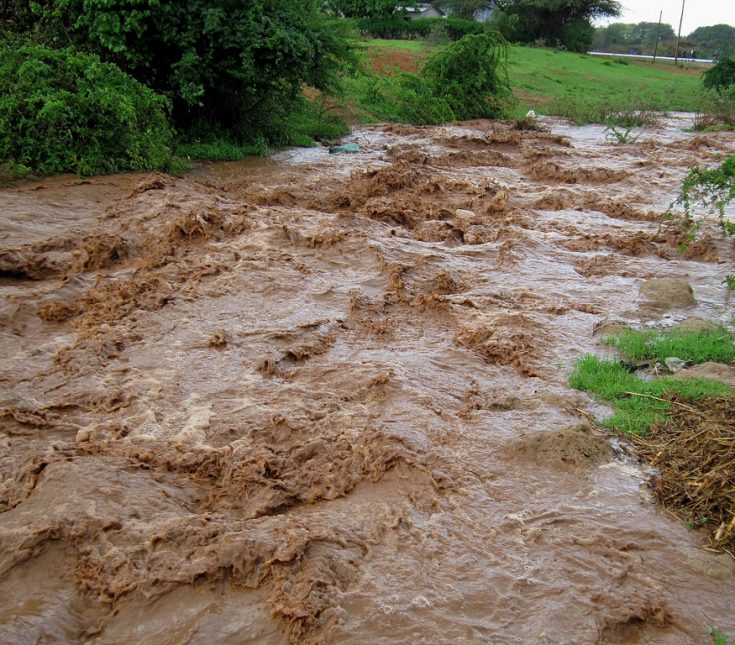 In our opinion East Africa is not worth it during the rains (excepting for gorilla trekking in Rwanda where it can rain anytime).

People say well I will go in June then… book me for June 1!

In 2018 rains lasted much longer than usual and went far into June… and even when the rain stops it takes many weeks for things to dry up… and much longer for grasses to be eaten, beaten, and burnt down so animals can be seen.

Oh did I mention there are far more insects (mosquitoes, flies, tsetse flies) and higher risk of diseases (malaria being the most well known) during the rains?

Kenya and Tanzania are best late July through mid October and again mid January through mid March… there are some good values to be had early March and early October.

And not to pick on Kenya and Tanzania… safari destionations Zambia and Zimbabwe get heavy rains as well. Whereas Botswana is great year round the safari season just East in Zambia and Zimbabwe doesn’t really start until May and then ends with the rains in November when many camps close.

Namibia is dry almost year round but it is not really a great wildlife destination.

Kruger / Sabi Sands in South Africa does very well throughout the year but they too get loads of rain November through April / May… just turn on the TV news for stories of massive cyclones hitting the Mozambiquan coast and dumping rains in eastern South Africa, Zimbabwe, and Malawi over the past 6 weeks…

For many travelers a wildlife viewing safari to Africa is a once in a lifetime trip.  It is a long way to travel and it is not cheap… you don’t want to make a mess of it.

If you are looking for value by traveling during the offseason we would suggest Botswana November through March for big time wildlife viewing and savings. Botswana combines well with Cape Town which experiences lovely summer weather November through March and Victoria Falls – the world’s largest waterfall. Rwanda is great for gorilla trekking anytime.